Back to pen and paper? The risks and side effects of the BetrVG amendments 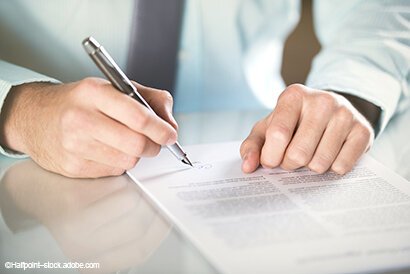 The Works Council Constitution Act (BetrVG) has not been amended for a long time. The legislature only began to pay attention to this again in 2020, initially in the form of the temporary introduction of section 129 BetrVG. Here, the legislature said that, due to the Covid-19 pandemic, Work Councils are now permitted to use video conferencing to carry out their work. From now on, further changes were made through the Works Council Modernisation Act (Betriebsrätemodernisierungsgesetz), primarily due to the digitalisation of the world of work.

The statutory amendments first saw a multitude of form requirements find their way into the Works Council Constitution Act. Until now, expressly only the written form was standard. The adaptation of the Works Council Constitution Act to the digital world of work led, ironically, to a significant proportion of the work of Works Councils being catapulted back into the 20th century. The amendments had the curious side effect of Works Councils being forced to resort to pen and paper to make legally binding declarations. This significantly complicated communication with the Works Councils. It is no longer possible to use emails in the area of personnel co-determination, which is a practically very relevant area, in a legal format. The legislature surely was not aware of this “editorial collateral damage”.

Civil law contains numerous form requirements. In addition to the classical written form (section 126 German Civil Code (BGB), i.e. a handwritten original signature), the German Civil Code also recognises the electronic form and the text form. The latter is of increased practical relevance as this includes emails. Up until now, the Works Council Constitution Act had only recognised the written form. According to the Works Council Constitution Act, at least the “official” wording, text form is not recognised. The written form as stipulated by law plays an important role, in particular with regard to co-determination in personnel matters. According to the wording of the Act (section 99 (3) BetrVG), the Works Council must communicate their refusal to give consent in matters of recruitment and transfers to the employer in writing (schriftlich). The same applies in accordance with section 102 (2) BetrVG with reservations about dismissals.

The legislative changes have finally brought modern communication methods into the law officially. Text form is now expressly found in section 34 BetrVG revised version and electronic form in section 76 (3) BetrVG revised version. Even Works Agreements could be electronically signed in the future. In the explanatory memorandum to the legislative changes, reference is expressly made to the form requirements in the German Civil Code. With the changes to the above points, the legislature wants to allow for digitalisation and the use of modern communication technology.

However, both section 99 (3) BetrVG as well as in section 102 (2) BetrVG have not been amended and continue to require the written form.

Email has actually been used for over 20 years to carry out the work of the Works Council. This corresponds to the operational reality that Works Councils use email to inform the employer of its objections to recruitment/transfer and dismissals. The Federal Labour Court (Bundesarbeitsgericht, BAG) has also accepted this until now. Although the statute says “in writing” (“schriftlich”), it has for years been sufficient that this term was understood in an non-technical way and therefore communicating via email is valid (BAG 9.12.2008,1 ABR 79/07). The basis for this practical legal interpretation has now been eliminated, however. If the statute now expressly uses the term “text form” (“Textform”) (i.e. email) in one place, the term “written form” (“Schriftform”) in another place may no longer be interpreted as if an email also counts as in writing. Then this is only a text but not one which is signed with a handwritten original signature (section 126 BGB). The seemingly well-meaning legislative changes on a practical level were surely unintended to have the effect that written form now must be strictly interpreted in terms of the wording (i.e. literally “pen and paper”). Labour Courts would be breaching the rule of law if they simply ignored the clear differences in the Act.

The effect of this editorial collateral damage is significant.

This initially seems advantageous for the employer. According to the view expressed here, if a Works Council continues to lodge its objections by email, as was usual in the past, the employer may ignore the objections due to the invalidity of the format. In the end this is only a short-term success. Such an objection will surely only occur once. Ultimately, in future, Works Councils will be forced to resort to cumbersome pen-and-paper procedures again. Only then can they operate with legal certainty. This meticulousness may also not be defined by the employer.

We can hope that the legislature recognises this lapse and that text form will also be expressly recognised as permitted in future.

Note: This article is an abbreviated and amended version of the article by Jens Völksen in the professional journal jM, issue 6/2021, pg. 233.

Downloads
Legal Update: Back to pen and paper? The risks and side effects of the BetrVG amendments (182.2 KB)