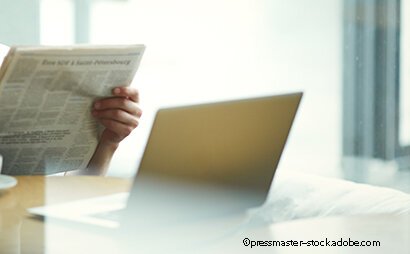 Employment law may be subject to constant change, but there are always perennial issues. A perpetually relevant topic – at least from the employers’ point of view – is how to deal with underachieving employees. Entire seminars and books are dedicated to poor performers. Underachievement in itself is not grounds for dismissal according to the law. There is also the question of how to define underachievement, as individual performance is not subject to any standard – something that differentiates humans from robots. While one person may give their best and still achieve only average results, to another success comes as easy as breathing. In a group of comparable employees, there is always one who is at the bottom of the pile. But where are the limits set as to the reasonable expectations of an employer? They have to pay employees' salaries no matter what, and therefore have legitimate expectations when it comes to performance. When is the threshold reached that warrants the termination of employment on grounds of poor performance? The Cologne Regional Labour Court (Landesarbeitsgericht, LAG) addressed this very question in an interesting case (Cologne LAG, judgement dated 3 May 2022, 4 Sa 548/21).

Decision / Facts of the matter

The 50-year-old claimant worked in a wholesale warehouse for supermarkets. The claimant worked in the fresh produce section for around eight years before being transferred to the dry goods warehouse in 2018, which is subject to a works agreement for performance bonuses that defined basic performance (100%). Performance is measured against order picking (amount of work completed per unit of time). The warehouse has a staff of around 150. The claimant stood out for their extremely below average performance. While the performance of their co-workers was close to 120%, the claimant was only able to deliver an average performance of 72% and was never anywhere near achieving the basic performance level. When there was no improvement after several performance reviews, in January and March 2020 the claimant was given an official warning about their underachievement and, ultimately, was dismissed by the employer in March 2020. The Cologne LAG upheld the validity of the termination. The discrepancy between the

claimant’s performance and that of their co-workers was apparent to such a degree that it could be reasonably concluded that the claimant wilfully and reprehensibly did not use their full potential. It had reached a point beyond what an employer should have to put up with. The claimant was not able to provide any plausible explanation for their slow speed of work. The fact that their average performance was more than one third less than the basic performance standard over an extended period of time justified the decision of dismissal on grounds of conduct.

The judgement is convincing in terms of its reasoning and outcome. At the same time, it also shows that the dismissal of a poor performer must follow a meticulous and diligent approach. Careful documentation by the employer proved useful in the present case. Individual requirements could be established in almost textbook manner. The fact that the performance could be clearly defined and quantified helped the case.

Needless to say, it is easier to provide evidence if the performance can be quantified (for instance, by means of a bonus system, like in the above case). In contrast, dismissals are and will continue to be difficult if the performance can only be measured subjectively or qualitatively – as is often the case.

Apart from careful and meticulous documentation of the underachievement, it is also necessary to give a prior written warning – a fact also emphasised by the Cologne LAG. As a first step, the employee should be given the opportunity to substantially improve their performance over a given period of time. Other aspects may also play a role while examining the proportionality of a dismissal. For instance: Can the performance be increased through training? Will a transfer or team coaching be helpful? Are there any age-related limitations on performance?

On the whole, the decision of the Cologne LAG shows that dismissal of a poor performeris anything but smooth sailing and requires careful and meticulous preparation.