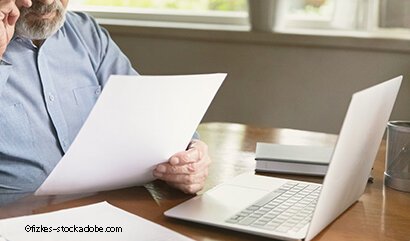 When considering the age of an employee for dismissal by reason of redundancy on the basis of social criteria, it has often been the case that (in particular) employees close to retirement age were at best of lower priority for dismissal than their younger colleagues owing to their advanced age and, consequently, higher social vulnerability. Deviating from the above, the German Federal Labour Court (Bundesarbeitsgericht, BAG) in its judgement dated 8 December 2022 (case no.: 6 AZR 31/22) clarified that for employees who are able to receive a standard statutory pension immediately upon the end of their employment or an (early) full old-age pension due to their age, the social vulnerability may, in fact, be lower.

It will now be considerably easier to dismiss employees by reason of redundancy who are close to retirement age as a result of this judgement.

According to section 1 (3) of the German Employment Protection Act (KSchG), dismissal by reason of redundancy can only be socially justified when the employer has duly taken into consideration the length of service, age, maintenance obligations and severe disability of the individual employees when selecting them for dismissal (basic principle of termination with consideration of social criteria). For this purpose, the respective social vulnerability of the employee being considered for termination should be determined for every social criterion. Weighting and arranging the criteria in order of priority then ascertains which of the employees in question is the least socially vulnerable overall and, accordingly, should be dismissed. This is often done on the basis of a point system defined in advance by the employer and/or the works council which allows social vulnerability to be evaluated and compared both within the individual criteria as well as on the whole.

The judgement recently handed down by the BAG does not consider age as a criterion whose importance increases linearly when determining social vulnerability but relatively, depending on the employee's phase of life.

The ‘age’ criterion should be viewed as an abstract measure of an employee’s chances of finding another job (BAG, judgement dated 15/12/2011 – 2 AZR 42/10). This is based on the idea that an employee’s chances of finding another job typically decrease with age, increasing the risk of them being unable to find a new job and therefore they have no ‘replacement income’ in place of their present salary. At there same time there is also an increased risk that the employee will have to claim unemployment benefits over a longer period of time, thereby burdening the social insurance systems. Therefore the social vulnerability of individual employees in terms of section 1 (3) KSchG basically increases with advancing age.

While in 2005 for example. the Düsseldorf Regional Labour Court (Landesarbeitsgericht, LAG) assumed that increasing age solely works in favour of the employee, the BAG ruled in 2017 that the ‘age’ criterion does not always constitute higher social vulnerability. In fact, an employee’s social vulnerability in terms of the ‘age’ criterion decreases if the employee is able to immediately receive the standard statutory pension based on their age. Since the employee has a ‘replacement income’ available in the form of standard statutory pension, which also prevents the receipt of unemployment benefits, this would sufficiently cover the social insurance costs as well as the livelihood of the employee. Therefore, compared to a younger employee, who cannot yet receive the standard statutory pension, the older employee is likely to be less socially vulnerable.

The Federal Labour Court (BAG) continued this line of thinking in its recent judgement and extended it to only include employees ‘close to retirement’, meaning those who still have a certain period of time to go before they reach retirement age.

The claimant was born in 1957 and was employed with the employer since 1972, which meanwhile became insolvent. The claimant was dismissed on 30 June 2020 by the defendant insolvency administrator by way of a letter dated 27 March 2020. The basis for the dismissal was a balancing of interests with a list of names, in which the claimant was mentioned as one of 61 employees to be dismissed. The claimant appealed, among other things, against this dismissal dated 27 March 2020. During the legal proceedings, the defendant asserted in particular that in terms of the selection criterion of ‘age’ the claimant was less socially vulnerable because from 1 December 2020 she would be able to receive her pension early for those insured with an exceptionally long contribution history. Therefore, as per this selection based on the social criteria for redundancy, a younger worker could continue to be employed instead of the dismissed claimant.

The claimant won the claim against unfair dismissal at both first instance and on appeal. The Hamm LAG (judgement dated 3 September 2021, 16 Sa 152/21) justified its decision, among other things, with the argument that the case law of the BAG regarding employees entitled to a standard statutory pension cannot be applied to employees that are only ‘close to retirement age’. The Hamm LAG justified this with the protective purpose of the ‘age’ criterion. On the one hand, employees ‘close to retirement age’ continue to be entitled to receive unemployment benefits, which implies that in the event of dismissal of an employee ‘close to retirement age’ this would most likely place a burden upon social insurance systems. After their employment had ended, the claimant still had to bridge a gap of 2.5 years before being able to draw the standard statutory pension. On the other hand, it should be for the claimant to decide whether to claim an early old-age pension or remain employed until they reach the standard statutory pension age. Since an early full old-age pension also would financially disadvantage the claimant compared to receiving the standard statutory pension with previous full employment, the claimant cannot be pressured to take an early old-age pension by way of the social selection procedure.

Though the defendant’s appeal regarding the effectiveness of the dismissal dated 27 March 2020 was not successful, the BAG nonetheless established that the employer and works council had indeed justifiably considered the claimant’s ‘closeness to retirement age’ in their social selection procedure. The principle of the social selection procedure is to dismiss those who are least socially vulnerable after having duly considered the statutory selection criteria. The selection criteria ‘age’ is contradictory. Social vulnerability does increase initially with advancing age because older employees have less chance of finding another job. However, it decreases if the employee is either in a position to receive a ‘replacement income’ in the form of a standard statutory pension no later than within two years of the end of their employment or a full old-age pension – with the exception of old-age pensions for severely disabled people, or if they already have such replacement income available to them at the end of their employment.

The dismissal as of 27 March 2020 was, in fact, invalid because the claimant was selected as they were close to retirement age and the other social criteria for selection had not been taken into consideration.

The BAG's recent decision has extended its 2017 case law to include the argument that not only can the option to immediately receive a ‘replacement income’ be considered a factor that reduces social vulnerability when making the selection based on the ‘age’ criterion, but also the proximity in time to obtain such ‘replacement income’ (that is, the employee’s ‘closeness to retirement age’). This applies not only in terms of the standard statutory pension, but also the option of receiving an old-age pension available to particularly long-standing employees. In the interest of legal certainty, the BAG’s clear definition of the eligible time period, that is, ‘no later than within two years of the end of their employment’, is welcomed.

Based on this decision, employers and/or the works council will be able to adapt the evaluation of an employee’s social vulnerability considering the ‘age’ criterion when carrying out the social selection. Accordingly, it should be examined whether at the end of their employment individual employees can immediately receive the standard statutory pension or old-age pension for the exceptionally long-term insured, or whether they can receive these within two years of the intended end date of employment. If this is the case, these employees can be considered to be less socially vulnerable under consideration of the ‘age’ criterion. This may result in a situation where older employees close to retirement age may be preferred for dismissal over younger employees who are otherwise identically socially vulnerable after adequately considering all other social criteria for termination.