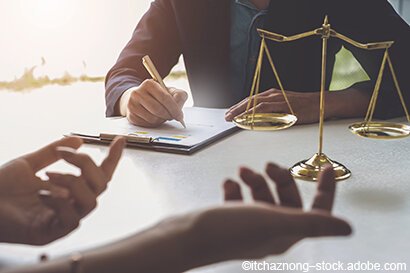 With effect for fiscal years starting 2022 onwards, the German legislator has created the possibility for partnerships to be treated like corporations for tax purposes.

Like most jurisdictions, the German tax system distinguishes between partnerships that are taxed transparently, i.e. the income derived through the partnership is taxed on the level of the partners, whereas corporations qualify as non-transparent entities, subject to tax themselves. Taxation on the level of the shareholders of a corporation only takes place when profits are distributed. As such it classifies as an accumulating system leading to economic double taxation in case of distribution.

Although the overall tax burden of corporations and their shareholders on the one hand and partnerships on the other hand largely converged in the past, differences, both systematically and with regard to the taxation procedure, still lead to considerable deviations in the tax burden and bureaucracy in many cases. The option for an accumulation already present in Sec. 34a German Income Tax Act (Einkommensteuergesetz, “EStG”) is not considered as being able to a reach full alignment.

In order to further align the two systems, and to provide for more flexibility in the field of business taxation, on 25 June 2021, the German legislator has created a new option for certain commercial partnerships to be subjected to the corporate income tax by introducing a new Sec. 1a of the German Corporate Income Tax Act (Körperschaftsteuergesetz, “KStG”).

This newsletter provides a brief overview of the scope and requirements as well as the – in our view – most relevant tax aspects of the new provision.

On 10 November 2021 the Federal Ministry of Finance (Bundesministerium der Finanzen, “BMF”) has published a circular laying down administrative guidelines for the exercise of the new option, the content of which is also considered.

The option to be taxed as corporation is exercised by means of an irrevocable application submitted by the opting partnership to the competent tax office. If the partnership agreement provides that a majority decision of the partners is required for a change in legal form, a three-fourths majority is required for a successful application. The option may also be exercised if the partnership is engaged only in asset management activities, which generally would not be considered as a commercial activity for German tax purposes. The option is also available for partnerships which neither have their seat nor their management in Germany and for partnerships which do not generate any domestic income in Germany.

Excluded from the option are investment funds as defined by the German Investment Tax Act as well as partnerships with management abroad which, after exercising the option, are not subject to a tax liability comparable to German unlimited corporate income tax liability in the state in which their management is located. Sole proprietorships and purely internal partnerships, i.e. those not acting publicly, are also excluded.

The opting partnership has to verify each year that it still fulfils the personal requirements outlined above. A retroactive exercise of the option is not provided for. The application has to be made until the 30th of November of the current fiscal year, in order to become effective for the following fiscal year.

As a consequence of the deemed change in legal form,  a taxable transaction is assumed for income tax purposes. Any existing hidden reserves would be taxable as current profit in the financial year preceding the financial year in which the option becomes effective for the first time. However, on application, a regular tax neutral transfer of the opting entity’s assets as known from the UmwStG, i.e. maintaining the current book values, is possible; subject to the precondition that no functionally essential business assets remain in the ownership of the partners. Retained assets are deemed to be withdrawn unless they belong to other business assets at the beginning of the business year of the opted partnership. In the case of foreign companies, the valuation and recognition of assets in the required closing balance sheet for tax purposes is based on the provisions of German tax law. This may, however, lead to some practical issues, e.g. a precise assessment of a potentially given goodwill.

It should be noted however, that if the option is excercised in a tax neutral manner, the  seven-year vesting period of Sec. 22 UmwStG would be triggered. As such any hidden reserves would be taxed retroactively at an amount declining over the seven-year vesting period starting at the date of the transition if any shares of the opting partnership are sold within this period.

After a successfully exercised option, the opting partnership will be taxed like a corporation and their partners as its shareholders respectively. This causes a number of tax consequences to be considered, some, but by no means all, outlined in the following.

Firstly, the opting partnership would no longer, by its default system, work like an immediately distributing entity (“personengesellschaftliches Entnahmesystem”) but accumulates its profits subject to (federal) corporate income tax at a flat rate of 15% plus solidarity surcharge (5,5% on the corporate income tax to be paid; effectively 15,825%) and local trade tax (14% at average in 2020).
Yet, it should be stressed that the opting partnership remains a partnership for accounting purposes. Peculiarities in the structure of a partnerships’ accounts (partners equity and debt accounts (Kapitalkonto I, II, Verrechnungskonto etc.)) remain. Their structure is crucial for the determation and allocation of equity and debts with various consequences not only for tax purposes.

In case, the opting partnership has utitlized the retention taxation pursuant to Section 34a EStG in the past, the respective amounts are subject to subsequent taxation as a result of exercising the option. The option for a postponement and payment in regular instalments for a maximum period of ten years without interest is available.

Secondly, as regards aspects of EU tax law, the opting partnership would not qualitfy as company within the meaning of Art. 2 of the EU parent subisidiary directive (2011/96/EU). As a consequence, neither the option for an exemption from capital gains withholding tax for non-German but EU resident parent companies nor for interest and royaltiy payments between EU resident affiliated companies (Sec. 43b, 50g EStG) apply (cf. BMF circular, mn. 52).

Thirdly, with regard to international tax aspects, the opting partnership would qualifty as company within the meaing of Art. 3 para. 1 lit. b) of the OECD model tax treaty (2017), i.e. it would be treated as a body corporate for tax purposes. This might ease difficulties in connection with the allocation of profits to permanent establishments of non-German resident parent companies to a German partnership. However, another consequence is that the recently, especially due to the EU Court of Justices rulings in the cases Deister-Holding AG (C-504/16) and Juhler-Holding A/S (C-613/16), amended German anti-treaty-shopping provision in Sec. 50d (3) EStG becomes applicable (cf. BMF circular mn. 54).

Further anti-tax avoidance rules might be triggered as well. For example the recently amended exit tax provision of Sec. 6 Foreign Tax Act (Außensteuergesetz). For family-owned businesses structured as partnerships and with family members situated across the world, excercising the option might unintentionally trigger the exit taxation.

As the exercise of the option is only valid for tax purposes, the opting partnership keeps its benefits from a civil law perspective, especially its flexibility.

First and foremost, partnerships, in general, have fewer disclosure and reporting obligations than corporations. The reason for that, like in many jurisdictions, being their unlimited liability for civil law purposes towards third-parties compared to companies with only limited liability. Market participants have a genuine interest in publicly available information when dealing with companies limited in liability.

Further practical advantages are, for example, reduced required participation rights of shareholders from a corporate and potentially labour law perspectiv.

A switch-back to a transparent entity is, in general, possible each year. It should be considered that a taxation of hidden reserves and other adverse tax consequences might be triggered.

The practical relevance of the new provisions remains to be seen. Given that the provision is very recent, there is currently very little practical experience. The new BMF circular has added some clarity to the process and questions that have been raised in practice so far. In any event, the new taxation model is a very complex system. It requires an in-depth tax analysis before a decision on the exercise of the option is taken.