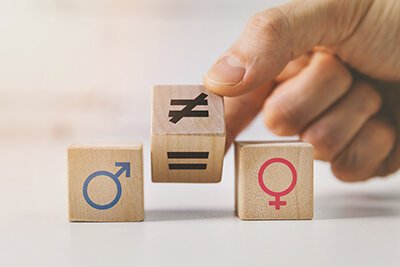 On 6 January this year the German Federal Cabinet approved the draft bill to supplement and amend the regulations regarding the equal participation of women in leadership positions in the private sector and in public services (FüPoG II). This means that the adoption of the FüPoG II bill later this year is now within reach. The resulting significant amendments and additions to FüPoG I, which came into force in 2015, are already apparent, subject to the approval of the German Federal Parliament and Council. Like its predecessor, FüPoG II aims to increase the proportion of women in leadership positions in both the private and public sectors.

While FüPoG I, along with section 96 (2) German Stock Corporation Act (AktG) successfully introduced a fixed composition of at least 30% women and men respectively on Supervisory Boards subject to parity co-determination for listed companies, the German government is of a view that the flexible provisions of section 111 (5) AktG, section 76 (4) AktG, section 36 Limited Liability Companies Act (GmbHG) and section 52 (2) GmbHG have not yet achieved their objective. The legislation leaves it up to the companies in question to set its own targets for the percentage of women on the Supervisory Board, Management Board and at the two management levels below board level. 70% of all companies who are obligated by this legislation to set a target, set a target of zero for the Management Board; in 2017 the proportion of women on the Management Boards of these companies was 7.7%. FüPoG II should change this.

Changes and effects of FüPoG II on the private sector

The (originally planned) extension of fixed quotas for Supervisory Boards to companies that are not listed on the stock exchange is no longer included in the current draft bill. Therefore particular attention needs to be paid, above all, to the only two significant changes planned.

On the one hand, companies that are listed on the stock exchange and subject to parity co-determination and whose Management Board comprises more than three members, must have at least one woman on its Management Board in the future. The expected regulations should already be taken into account with corresponding staffing decisions taken now as they are likely to have a great impact on new appointments at the end of the transitional period, eight months from when FüPoG II comes into force.

On the other hand, the stated regulations regarding setting targets will also be tightened. When setting targets the affected companies must not just specify the proportion of women as a percentage, but further state the resulting number of women from when the law comes into force.

To minimise the number of companies which specify zero as the target figure, any company who does so will have a specific obligation to state the reasons for setting such a target.

Obligation to state reasons for setting the target figure as zero

This reasoning must be published in the company’s corporate governance statement or on its website as per the newly reworded section 289f German Commercial Code (HGB). In doing so the circumstances taken into consideration when setting the target figure must be revealed and how these were weighted. The information must be sufficiently detailed to plausibly explain to the public that a conscientious decision has been taken; the government assumes around 100 - 150 words for this reasoning. The obligations may have to be implemented as early as this year, depending on the date of the law’s adoption.

From this point onwards, breaches of the publication obligation will then be administrative offences punishable by a fine as per section 334 HGB.