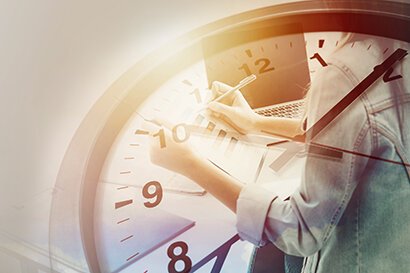 In its judgment of 14 May 2019 (ECJ, Judgment in Case C-55/18), the European Court of Justice (ECJ) already laid the groundwork for requiring employers to establish systems that record daily working hours. The Emden Labour Court (Judgment of 20 February 2020 – 2 Ca 94/19) is now likely the first German labour court to assume that employers have a direct obligation to set up time recording systems; the court has thus proceeded further in its reasoning than the lawmakers.

In principle, the ECJ already accepted the necessity of objective, reliable and accessible systems for recording the daily working hours of employees with its judgment of 14 May 2019, justifying its argument through a joint consideration of Art. 3, 5 and 6 of the Working Time Directive 2003/88/EC ("Working Time Directive") in conjunction with Art. 31 (2) of the EU Charter of Fundamental Rights ("EU Charter"). However, it has been almost unanimously considered the duty of the Member States to order employers to set up time recording systems (in this regard, see also our Newsletter 02/2019), particularly since the ECJ specifically granted flexibility for national legislators in the arrangement of such systems. According to the ECJ, such systems must take into account "the unique characteristics of the respective area of activity or particularities of specific companies, including their size".

The Emden Labour Court has now judged the matter differently and essentially assumed a direct commitment on the part of employers, who would be obligated to establish a corresponding time recording system even before the ECJ judgment is transposed into German law.

In the underlying case, the plaintiff was a construction worker who asserted payment claims after the termination of the employment relationship for overtime hours that he allegedly worked. During his contractual relationship with the defendant employer, the employee claimed to have worked 195.05 hours on construction sites, but the employer only recorded and remunerated 183 hours. As evidence, he submitted an overview and "Hours Report" that he prepared himself. The employer contested the number of working hours asserted by the plaintiff and brought forward as evidence a construction log book that was supposedly used to record the start and end of working hours. This was used to derive an actual number of payable hours amounting to 183 hours.

The Emden Labour Court found in favour of the plaintiff with respect to the remuneration claim, confirming that the employee had worked 195.05 hours, and justified its decision based on the differentiated burden of proof in the remuneration process. Under this argument, the employee must first submit and prove the days and hours worked; then the employer would be responsible in turn to issue a substantiated statement concerning this submission and prove which work was assigned to the employer, and for which days and hours the employer followed these orders. If the employer fails to issue a substantiated statement, the employee's evidence is deemed to be approved in accordance with Section 138 (3) ZPO [Code of Civil Procedure]. In the case in question, the court found that the employer had violated its obligation of setting up an objective, reliable and accessible system to record the daily working hours of its employees and was therefore incapable of submitting objective and reliable data concerning the employee's working hours. This obligation is derived from a direct application of Art. 31 (2) of the EU Charter, and Art. 3, 5 and 6 of the Working Time Directive are also interpreted in that light. The provisions stipulated by the Working Time Directive were assumed here to be specifications of the fundamental right in Art. 31 (2) of the EU Charter. The disputed obligation of time recording is a collateral contractual duty within the meaning of Section 241 (2) BGB [German Civil Code] that concerns the employer based on the direct applicability of Art. 31 (2) of the EU Charter, without requiring an interpretation of Section 16 (2) ArbZG [Arbeitszeitgesetz, German Working Hours Act] or a transposition by the German legislature.

The effects of the ECJ judgment of 14 May 2019 have already become evident in another context, namely the growing trend to solidify the de facto right of works councils to enforce the establishment of time recording systems. It is true that the Federal Labour Court previously took the view that the initiative power of works councils with respect to their co-determination rights under Section 87 (1) No. 6 BetrVG [Betriebsverfassungsgesetz, Works Constitution Act] does not include an authority on the part of works councils to demand the introduction of technical monitoring mechanisms (BAG, Ruling of 28 November 1989 – 1 ABR 97/88). But it is highly doubtful whether this case law will endure in light of the ECJ judgment. Recently, the District Labour Court of Hamm (Ruling of 4 June 2019 – 7TaBV 93/18) decided that an arbitration board is at least not manifestly outside its jurisdiction if the works council invokes an initiative power to introduce electronic time recording.

This trend is now continuing with the judgment of the Emden Labour Court. Nevertheless, the judgment is not compulsory in its justification, and regardless of whether an obligation of submission existed in accordance with Art. 267 TFEU, it cannot specifically be derived from the employee's right to limit maximum working hours and the right to rest periods pursuant to the EU Charter that the employer would be obligated to establish a time recording system. The transposition requirements in the Working Hours Directive affect the Member States, not the employers. A statutory obligation of systematic time recording has been completely lacking so far. Nor did the Emden Labour Court engage further with the instructions of the ECJ concerning the leeway granted to the Member States, which clearly speaks against a direct effect of the relevant provisions of the Working Hours Directive.

At the same time, it cannot be excluded that other courts will share this view, and employers who do not establish a system for recording working hours in line with the requirements of the ECJ risk facing at least a lack of admissible evidence in remuneration disputes with employees. The future of trust-based working hours also remains unresolved, which could have far-reaching consequences given the rapid growth of work from home and the restructuring of daily work routines in many companies to cope with the coronavirus crisis. More than ever, we hope that the lawmakers will set clear guidelines with the draft law that is currently being prepared, especially since the ECJ and the Emden Labour Court have left open the question as to how a system for recording daily hours must be designed. Ideally, the lawmakers will go one step further and undertake a long-overdue modernisation of German labour law that would also do justice in other areas to the need for greater flexibility in practice.

In any case, companies are well advised to ensure compelling documentation of working hours. Incidentally, this also and particularly applies to operations where short-time work was introduced due to the coronavirus pandemic, since the Employment Agencies are required to determine and review the scope of lost work in the course of their audits. In all cases involving reduced working hours (with the exception of temporary layoffs), it is likely that this will only be possible based on conclusive documentation kept by the employer concerning the (reduced) scope of work. If this documentation is not available, difficulties could result when proving the actual loss of work and thus the requirements for obtaining reduced hours compensation.