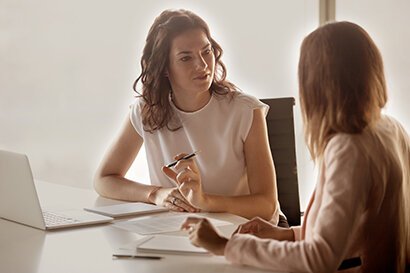 Extraordinary termination pursuant to Section 626 (2) BGB can only be declared within two weeks after knowledge is obtained of the factual circumstances justifying the termination.

The District Labour Court judged the inadmissible changes to report marks as a serious breach of duty justifying extraordinary termination. In the view of the court, it is irrelevant that the employer only obtained knowledge of the grounds for termination after the dismissal had been announced. Instead, it is sufficient that the subsequently adduced grounds for termination objectively existed at the time the dismissal was announced. The decision thus no longer depends on whether the termination originally based on different grounds was declared within the legal cut-off period of two weeks.

The District Labour Court is now proceeding one step further by viewing the legal cut-off period of two weeks as unnecessary for subsequently adduced grounds even with respect to the original grounds for termination. Applying the jurisprudence of the District Labour Court would thus create the possibility for employers to declare extraordinary termination without initially indicating good cause, in the hopes that significant grounds justifying termination would subsequently become known. More detailed clarification is required to determine how this outcome can be reconciled both with the wording of Section 626 (2) BGB as well as the meaning and purpose of the cut-off period regulated in that provision. It remains to be seen what the Federal Labour Court will decide in the pending appeal proceedings. In any case, it is urgently recommended to observe the legal cut-off period and to continue declaring extraordinary terminations within two weeks after obtaining knowledge of the decisive factual circumstances underlying the dismissal.