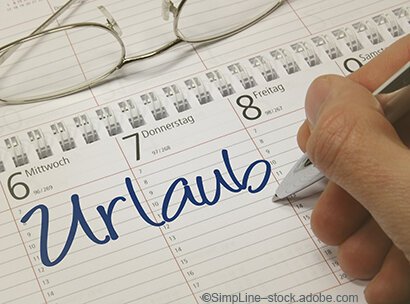 Already with its judgment dated 6 November 2018 (C‑684/16) the CJEU had held that an employee's entitlement to statutory annual leave only then lapses, if the employer made the employee aware of the impending lapse in advance; accordingly, the regulation in section 7 (3) of the Federal Annual Leave Act (Bundesurlaubsgesetz, BUrlG) was to be interpreted in line with EU law. The CJEU has now ruled further in this matter.

In the procedure for a preliminary ruling (judgment dated 22 September 2022; case no.: C-120/21) the CJEU held that the right to paid annual leave acquired by an employee for a given reference period also does not become time-barred, (after the expiry of a period of three years) if the employer has not complied with its obligations to notify the employee in advance (and therefore the right is not able to become time-barred).

In two further cases and requests for preliminary rulings from Germany, which the CJEU had previously combined (case nos.: C-518/20 and C-727/20), the judges in Luxembourg also ruled on the same day that, for employees on long-term sick leave and employees on incapacity leave, the right to statutory annual leave is not time-barred 15 months after the end of the respective annual leave year in all situations, but it may also be required here that the employer has actually put the employee in a position to take their annual leave, i.e. has notified them in advance of the impending lapse of their annual leave.

Judgment of the CJEU

In both cases the CJEU further strengthened the rights of employees and upheld its previous case law and further detailed how employees are able to lose their statutory annual leave entitlements only under certain conditions.

Case C-120/21 involved an employee who worked for their employer from November 1996 to July 2017. Following the termination of the employment relationship, the employee requested that the employer pay them compensation in lieu of the 101 days of paid annual leave accumulated between 2013 and 2017 that had not been taken. After the employer refused to do so the employee was only granted compensation for 3 days of paid annual leave not taken in 2017 at first instance and the remainder of the claim was dismissed. The employee brought an appeal against that decision before the Düsseldorf Regional Labour Court (Landesarbeitsgericht, LAG). The appellate court held that the employee was entitled to compensation for 76 additional days of paid annual leave not taken in the period between 2013 and 2016 because the employer had not contributed to the employee being able to take their leave in those years in good time. The employer then brought an appeal on a point of law against this decision before the Federal Labour Court (Bundesarbeitsgericht, BAG). The BAG concurred with the reasoning of the appellate court and, referring to the judgment dated 6 November 2018 (C‑684/16), considered that the employee's annual leave entitlement for the years 2013 to 2016 was not extinguished under Section 7 (3) BUrlG, because the employer should have encouraged the employee to take leave and inform them of the possible loss of that right (which was not the case here). However, as the employer had also raised a plea that the employee's claims were time-barred under Section 194 of the German Civil Code (BGB) here, resulting in the employee's annual leave claims being time-barred three years after the end of the year in which their right arose under Section 195 and 199 BGB, the statutory limitation periods had given, according to the BAG, a financial advantage to the employer, i.e. to the very party who had previously failed to fulfil its obligation to notify the employee. With a view to this potential conflict the BAG stayed the proceedings and referred the case to the CJEU for a preliminary ruling.

In its reasoning the CJEU first pointed out that, as the employee is the weaker party in the employment relationship, the burden of ensuring that the right to paid annual leave is actually exercised should not solely rest on them. In particular, by being able to plead that the right is time-barred the employer should not be permitted to avoid compliance with its obligations to encourage leave-taking and notify its staff. Otherwise the employer would be "rewarded" for its failure to put the worker in a position actually to exercise their right to paid annual leave for three consecutive years. This would amount to validating conduct which led to the employer's "unjust enrichment" and even be to the detriment of the very purpose of having due regard for employees’ health referred to by Article 31 (2) of the Charter of Fundamental Rights of the European Union. The CJEU further argued that the employer could ensure legal certainty and protect itself against late requests in respect of periods of paid annual leave not taken by complying with its obligations to notify its staff and encourage their leave-taking.

Cases C-518/20 and C-727/20 involved the previous understanding of the case law, that statutory annual leave entitlements of employees on incapacity leave and those on long-term sick leave lapse 15 months after the end of the leave year if the incapacity for work persists. In its request for a preliminary ruling the BAG asked for clarification whether this also applies if the employee in question has an illness resulting in their continuing uninterrupted incapacity for work which begins in the course of a leave year and the employee could therefore still have taken at least some of their leave, and if, at the same time, the employer has not fulfilled its obligation to notify the employee that their leave was about to lapse.

The CJEU followed the opinion of the Advocate General with regard to this question and firstly recalled that the right to paid annual leave has a dual purpose. It should on the one hand enable the employee to rest from carrying out the work they are required to do under their contract of employment and on the other hand it allows them to enjoy a period of relaxation and leisure. As a general rule this assumes that the employee actually worked during the reference period. However employees who are absent from work on sick leave during the reference period are to be treated in the same way as those who have actually worked during that period. But something else applies to employees who have been incapacitated over more than one reference period. As they would otherwise be in a position to accumulate all entitlement to paid annual leave acquired during their absence from work without restriction, which no longer complies with the purpose of annual leave (judgment dated 29 November 2017, King, C‑214/16, paragraphs 53 and 54 and the case law cited). In these cases national legislation or practices may restrict the right to paid annual leave in such a way that the right to paid annual leave is extinguished at the end of a carry-over period of 15 months.

The legal connecting factor for the CJEU's latest decision was again Art. 7 of Directive 2003/88/EC, in accordance with which member states are to take the measures necessary to ensure that all employees are entitled to paid annual leave of at least four weeks, and Article 31 (2) of the Charter of Fundamental Rights of the European Union, which enshrines the right to paid annual leave. The court concluded guidelines from these provisions for national annual leave regulations which must be interpreted/updated in a manner that conforms with EU law. The judgment of the CJEU dated 6 November 2018 (C‑684/16) already meant that the regulation in Section 7 BUrlG must be interpreted in a manner which conforms with EU law so that the right to the minimum amount of paid annual leave is only extinguished at the end of the leave year or carry-over period if the employer has previously placed in the employee in a position to take their annual leave and the employee has not taken their annual leave of their own accord. With its decision dated 19 February 2019 (case no.: 9 AZR 423/16) the BAG gave more details about these guidelines and determined that the employer must specifically encourage the employee to take their annual leave and clearly notify them in good time that otherwise the annual leave will be extinguished at the end of the leave year or carry-over period. The employer may regularly fulfil these cooperation obligations, for example by informing employees in text form at the beginning of the calendar year of how many days of annual leave they are entitled to per calendar year and then requesting that they apply for their annual leave within good time so that it can be taken during the current leave year. In addition, the employer must inform the employee of the consequences of not applying for their annual leave in accordance with this request. In accordance with the most recent decisions of the CJEU on annual leave entitlement, if this obligation to notify staff is infringed the statutory annual leave entitlement is not extinguished for the year in which an employee who is on long-term sick leave or is incapacitated first became unable to work. The entitlement may also not become time-barred under the statutory provisions.

As a consequence the CJEU has now made it a requirement that the employee be positively aware of the legal situation regarding the possible lapse of their annual leave entitlement for the limitation period of the entitlement to the untaken annual leave to begin to run. The fact that the statutory limitation periods should provide legal certainty seems to have been of secondary importance to the CJEU. From a German legal perspective this seems strange, especially since it is irrelevant to the commencement of limitation periods in this country whether and to what extent an obligee legally acknowledges the situation (cf. Section 199 (2) (1) BGB).

In practice this means in any case that employers must check whether they need to form reserves for cases from the past in such circumstances. The importance of the obligation on the part of the employer, which has already been known since 2018, to notify the employee "clearly and in good time" of the impending lapse of annual leave is now even greater. If employers want to be certain that untaken annual leave will be extinguished at the end of the leave year or carry-over period they must notify their staff accordingly and correspondingly document that this notification has been given, for example by adding the information provided into the personnel file of the corresponding employee. If employees are granted addition contractual annual leave beyond minimum statutory annual leave, the lapse of such leave should be regulated appropriately, including in their employment contract, provided this has not yet been done, deviating from the legal situation for minimum statutory annual leave.

It remains to be seen how the BAG will implement the CJEU's guidelines in the cases at hand and potentially further clarify the situation, for instance regarding the scope and range of the employee's procedural burden of producing evidence and the burden of proof when asserting a claim for compensation of such annual leave entitlement.