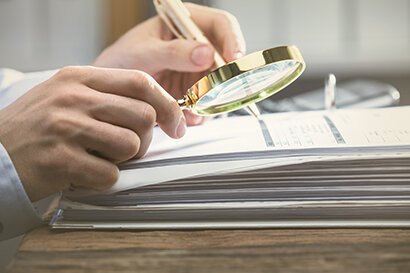 It has become common practice to seek external assistance as part of internal investigations. Legal firms are also more frequently being mandated to monitor or independently carry out, in some cases highly extensive, fact-finding investigations in the event of suspicion of a compliance breach. If those involved are found to have actually breached compliance the question arises as to whether and to what extent the company can demand the reimbursement of external investigator costs from the perpetrators.

The Federal Labour Court (Bundesarbeitsgericht, BAG) ruled on this issue in a recently published decision (BAG, judgement dated 29 April 2021 – 8 AZR 276/20). In Erfurt, the remaining argument between the parties was about the cost reimbursement of invoices from a specialist law firm that the company hired for a fact-finding investigation that was largely carried out independently by the law firm. The BAG held that, as usual, the answer depends.

Facts of the case

The employer received anonymous reports of a potential compliance breach by an employee in a management role. As the manager of the employees in the Purchasing department he was suspected of expensing costs for non-work related meals, amongst other things. He was also invited by business partners to Champions League games of Bayern Munich FC and expensed his associated travel costs to the employer without authorisation.

The employee challenged the termination in court. As part of the dismissal protection process the employer claimed damages from the employee in the amount invoiced by the law firm.

Decision of the BAG

The BAG upheld that, in principle, the necessary legal fees to clarify the situation were reimbursable and listed the following requirements for such a reimbursement claim:

In this specific case the BAG did not think the employer had sufficiently demonstrated that the costs they incurred were “necessary” in the above mentioned sense. Therefore, the BAG rejected the employer’s claim for damages against the employee.

Fortunately, the BAG has now made it expressly clear that the costs of compliance investigations carried out by law firms are eligible to be reimbursed. At the same time, caution is called for as the outcome of this dispute has made it clear that employers have to overcome some hurdles for a corresponding reimbursement claim.

On the one hand, the BAG differentiates between the costs of legal advice and the costs which are incurred as a result of the independent fact-finding investigation to avoid imminent disadvantages for the employer. Only the latter are potentially reimbursable. On the other hand, the BAG applied a strict approach to the necessity of costs. The BAG asked for specific information regarding the activities dates and duration for which the law firm was commissioned and the specific suspicions against the employee
which were investigated by them.

In light of this, companies should closely examine the extent to which specific suspicious facts already exist and the investigative steps they may trigger, before external companies are commissioned with (further) measures to clarify the facts. During a dispute it is also imperative that employers are able to demonstrate that the use of third party investigators outside the company was “necessary” by maintaining complete documentation of all circumstances. Finally, there is reason to believe that the judiciary will only regard the costs of external third parties within the scope of a compliance investigation as “necessary” to the extent that they actually help to clarify the facts of the case. This would no longer be the case from the time when the company takes specific action, – for instance, when it gives notice of termination of the employee's employment contract.