Equal pay for men and women doing equal work or work of equal value? – CJEU on the direct applicability of Art. 157 TFEU 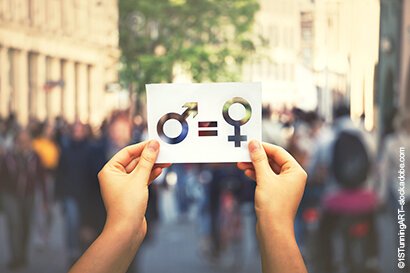 Workers in legal disputes between individuals are able to rely directly on the principle of equal pay for male and female workers that is enshrined in EU law both for “equal work” as well as for “work of equal value”. This was held by the Court of Justice of the European Union on 3 June 2021.

What was the case about?

Around 6,000 current or former employees of Tesco Stores brought proceedings against their current/former employer at the Watford Employment Tribunal, UK. The claimants were both men and women who worked or had worked at the stores of Tesco Stores. Tesco Stores is a retailer that sells its products both online as well as in stores in the UK and employs around 250,000 people in its stores. There are around 11,000 people employed in Tesco Stores' distribution network.

The claimant filed a claim on the grounds that men and women were not being paid equal pay for equal work. This breaches the national law of the UK and is contrary to Art. 157 TFEU, which enshrines the principle of the equal pay for men and women into law. The female claimants relied on their claim that their work in the stores and the men’s work in the distribution centres of Tesco Stores’ distribution network were of equal value. Further-more, as per Art. 157 TFEU, they submitted that they were entitled to compare their work with that of the men working in the distribution centre even if the work was being carried out in different establishments. There was a single source, namely Tesco Stores, for the terms and conditions of employment.

Tesco Stores countered that Art. 157 TFEU is not directly effective in the context of claims based on “work of equal value”. It maintained that the female claimants in the main proceedings are therefore unable to rely on Art. 157 TFEU in this case.

Tesco Stores also contended that it can be classified as a “single source”.

Legal background: The principle of equal pay as per Art. 157 TFEU

Art. 157 TFEU codifies the principle of equal pay for men and women for equal work or work of equal value. Firstly, the wording of Art. 157 TFEU expressly imposes an obligation on the member states. Art. 157 TFEU also contains a directly applicable legal claim. The equal pay requirement does not only apply to member states but also is of direct third-party effect between individuals. Employees may directly rely on this Article accordingly before the courts and, in the event of a breach, have a claim to the pay received by the employees who have not been discriminated against (so-called “upward harmonisation”).

In its decision dated 3 June 2021, the Court of Justice of the European Union (in case C-624/19) held that Art. 157 TFEU must be interpreted as having direct effect in proceedings between individuals in which failure to observe the principle of equal pay for male and female workers for ‘work of equal value’, as referred to in that article, is pleaded.

Direct effect even with “work of equal value”

The court held that, contrary to Tesco Stores’ submissions, the direct effect of Art. 157 TFEU is not limited to situations in which the workers of different sex who are compared perform “equal work” but falls within the scope in which these workers perform “work of equal value”. The question of whether an affected employee carries out “equal work” or “work of equal value” in terms of Art. 157 TFEU is a matter of factual assessment by the national court.

Equal pay part of the foundations of the European Union

Single source required, but not the same establishment

However, the judgment does not herald a change in direction in matters of equal pay for women and men, at least not in Germany. The direct effect of Art. 157 TFEU was recognised even before the ruling of the Court of Justice of the European Union. However, claims directly based on Art. 157 TFEU are failing to materialise, at least en masse.

In addition, according to its settled case law, the Federal Labour Court (Bundesarbeitsgericht, BAG) is of the opinion that the provisions of EU law have been implemented into German law by the General Equal Treatment Act (Allgemeine Gleichbehandlungsgesetz, AGG) and that its standards of review correspond to the requirements of EU law. In conclusion, it is highly likely that a breach of the principle of equal pay for women and men would therefore continue to be resolved via AGG or, since its entry into force in 2017, the Act to Promote the Transparency of Pay between Women and Men (Entgelttransparenzgesetz, EntgTranspG) despite its weaknesses.