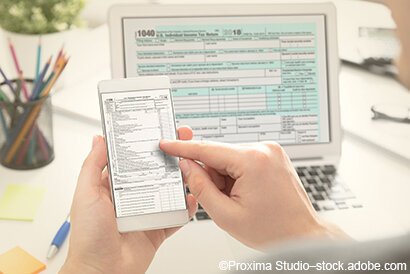 Employers are obligated by law to issue employees a pay slip when paying their wages. Although issuing a pay slip in text form (such as via email) is sufficient, in practice pay slips are still primarily issued in paper form (and sent by post).

However, employers are increasing issuing pay slips in digital format by email or via a personalised online access to avoid administrative expenses, paper and other costs. A recent ruling by Hamm Regional Labour Court (Landesarbeitsgericht, LAG) dated 23 September 2021 (case no.: 2 Sa 179/21) held that this is not permissible so easily.

The employee who brought the action requested that their employer issue them pay slips for wages paid. Their employer had changed from previously issuing pay slips owed to employees in paper format to instead providing them in encrypted format in an online portal for employees to download and print out. Employees could log on to the online portal using a password from home or using terminals provided by the employer. The employee objected to this form of issuing pay slips and also did not print out their pay slips themself.

Hamm LAG confirmed – as had the Oldenburg Labour Court (Arbeitsgericht) (judgment dated 2 November 2016 – 3 Ca 223/16) prior to this – that it is not mandatory for pay slips to be issued in paper format and, in principle, it is permitted for them to be provided to the employee in an online portal they can access. However, the employee must consent to the employer's selected method of providing the pay slips. That is to say the employee is not obligated to retrieve their pay slips.

There is also nothing to object to about this. In the case at hand the employer had, however, enabled their employees to access their pay slips from home or from terminals made available in the office. Hamm LAG itself suggested that use of an employee’s company email address assumes the employee's consent to receiving their pay slips to this email address or even renders such consent unnecessary (a view which corresponds with the view of the vast majority of academic literature on the subject). Oldenburg Labour Court also considered that in using work equipment provided by the employer, this provides the employee's consent to receiving electronic documents in this manner.

In light of this it would make a lot of sense for it to be seen as unnecessary for the employee to give separate consent when using the online portal. It is not apparent why this should apply to company email accounts but not to company online portals, especially if access is personalised.

Hamm LG allowed the appeal due to its fundamental importance so that the Federal Labour Court (Bundesarbeitsgericht) could potentially rule on the issue at hand here. Of course, employers may already decide to digitally issue pay slips before a ruling can be made at the highest level on this matter. In the event of a lack of consent from one or more employees to pay slips being issued digitally, however, employers must be prepared to be obligated to distribute pay slips to these employees separately. If a company has established a Works Council the issue may be regulated by concluding a voluntary Works Agreement which ensures the accessibility of pay slips, for example via an online portal operated by the employer which provides the employee with access to their pay slips.