“Crowdworkers” could also be employees 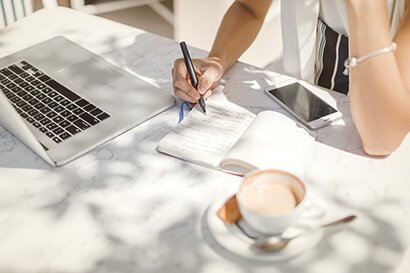 Everyone is talking about crowdworking, a modern form of collaboration in the world of work. The job of the so-called crowdworkers, who obtain their jobs primarily via Internet platforms (crowdsourcers) that offer these jobs to all registered users of the platform has, until now, been considered to be typical self-employment. The Ninth Senate of the Federal Employment Court (BAG) now saw this differently in its judgment dated 1 December 2020.

Essentially, this case was about the boundary between dependent employment and freelancing. The legal connecting factor here is section 611a (1) sentence 1 German Civil Code (BGB), which states than an employee is someone who “is obligated to perform work which is subject to instructions and determined by another person in the service of and in personal dependence on the other person”. In the decision of the lower court, the Munich Regional Labour Court (Landearbeitsgericht, LAG), it was decisive in this respect that under an employment contract the employee is subject to the mandatory obligation to carry out their work, an obligation which is alien to a crowdworking framework agreement, as in the current case. At most, the respective acceptance of an individual order within the scope of a crowdworking legal relationship could mean that a fixed-term employment contract restricted to that order was entered into and the invalidity of that employment contract would then have to be asserted within the three week time limit of section 17 Act on Part-Time Work and Fixed-Term Employment (Teilzeit- und Befristungsgesetz, TzBfG).

The specific case was a dispute about a user of the defendant’s crowdworking platform which specialised in verifying the presentation of branded products in retailers and petrol stations on behalf of their customers. This verification activity was provided by crowdworkers on behalf

of the platform. The platform and the crowdworker had entered into a base contract subject to the General Terms & Conditions. The crowdworkers, including the claimant, took photos of the product displays for the defendant and answered questions about how the products were advertised. As soon as a crowdworker had accepted such an individual order they had to consistently carry it out within two hours, in accordance with the precise instructions of the defendant. Successful orders resulted in the crowdworker being credited with “experience points”; from a certain level these enabled the crowdworker to accept several orders at the same time, therefore effectively increasing their hourly rate. The claimant carried out 2,978 orders over eleven months before the defendant informed them that no further orders would be offered.

The Ninth Senate of the BAG placed significantly more emphasis on the specific implementation of the contractual relationship than the court of first instance and after assessing the overall circumstances, in particular the organisational structure of the defendant, came to the conclusion that the contractor had not been free to choose how to carry out their work in terms of location, time and content and thus their work was subject to the instructions of and determined by the defendant and performed in personal dependence on the defendant in a manner typical for an employee as they accepted a continuous stream of simple, step by step, small orders that they were contractually prescribed to carry out personally. The BAG therefore held that the crowdworker was an employee.

The decision, the text of which has not yet been published in full, may not mark a turning point in the case law of the BAG despite the amount of attention given to it by the daily newspapers, but rather may remain an individual decision characterised by the circumstances of this specific case. The specifics of legal relationship with crowdworkers are likely to continue to be decisive in determining whether they are working in dependent employment or not. If you prescribe the details of how crowdworkers are to complete their orders to the greatest possible extent, create de facto dependency through an incentive scheme and provide fixed, regular work due to the large number of orders, you risk the work of crowdworkers being categorised as employment in terms of section 611 a BGB. On the other hand, platform operators who continue to see themselves as mere marketplaces and providers, and whose contractual drafting also reflects this do not need to fear these consequences. Those who want to play it completely safe should, as ever, have an employment status determination assessment carried out by the German pension insurance organisation (Deutsche Rentenversicherung).