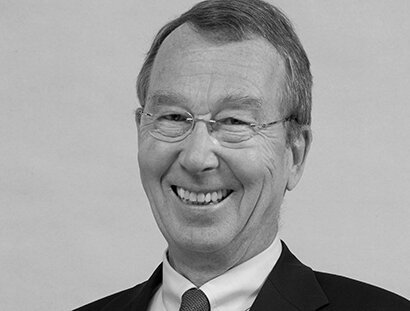 We mourn the death of our firm’s founder and name partner, Dr. Klaus Hubert Görg, who passed away on 13 January 2021 at the age of 80.

After studying in Marburg, Munich and Cologne and obtaining his doctorate in law, Klaus Hubert Görg first served as chairman of a business trade association for a few years before starting his legal career with a Cologne bankruptcy administrator. In 1985 he became a partner of the law firm Lüer & Görg. In 1996, together with twelve colleagues, he founded a new law firm under his name, which has now grown into one of the leading independent law firms in Germany with more than 300 lawyers and tax advisors.

Dr. Klaus Hubert Görg was one of the most renowned insolvency experts in Germany. In a career spanning more than four decades, he played a major role in shaping the transformation of insolvency from a pure liquidation proceeding to an instrument for restructuring.

Even as a young lawyer Dr. Görg was appointed to serve as a receiver in major bankruptcy and creditor arrangement proceedings, including such high profile ones as Pfalz-Kredit-Bank, Bankhaus Götte, the mechanical engineering company PHB-Weserhütte and the complex bankruptcy of German real estate investor Günter Kaussen.

After the Insolvency Code came into force in 1999, Dr. Görg became a pioneer of self-administration (debtor-in-possession proceedings) for the restructuring of groups of companies, which he made use of for the first time in the insolvency of Philipp Holzmann AG. Later, among other roles, he acted as managing director of the KirchMedia group and, together with his partners, successfully applied this concept at Babcock Borsig and AgfaPhoto.

In addition to his insolvency administration work, Dr. Görg provided legal counsel in numerous other prominent cases, such as Klöckner-Werke, KHD, Metallgesellschaft and in the insolvency of Heros Group. He served as trustee in the restructuring of the Merckle Group (Heidelberg Cement, Ratiopharm, etc.).

In June 2009, at a point where he was contemplating slowly retiring from active professional life, Klaus Hubert Görg was appointed as the insolvency administrator of Arcandor AG and around forty of its subsidiaries, including Karstadt and Quelle. He managed Germany’s largest insolvency to date for two and a half years before retiring from the firm at the end of 2011. Even in retirement, he remained closely associated with us as an advisor and friend.

Klaus Hubert Görg shaped our firm since its foundation like no other colleague. His high ethical standards as a legal professional, outstanding legal expertise and caring personality will remain an example to all those who had the good fortune to work with him.

We will continue the firm in his name and spirit.