Update from the BAG on sprinter clauses: crediting wages earned else-where even without an express agreement 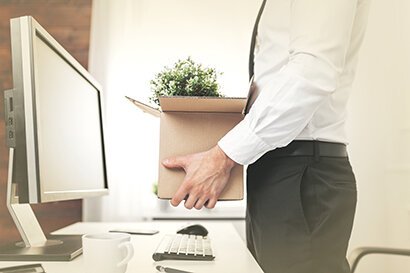 Sprinter clauses often play a central role in termination agreements. These clauses offer both employers and employees flexible solutions for handling the termination of an employment contract. The high number of legal disputes occurring in this area show the pitfalls that are regularly found when drafting such agreements. A judgment recently made by the Federal Labour Court (Bundesarbeitsgericht, BAG) overturned the much discussed judgment of the Hamm Regional Labour Court (Landesarbeitsgericht, LAG) and persuasively states when and why wages earned elsewhere may be credited against remuneration payable by the employer during garden leave even without an express agreement.

A sprinter clause is generally only negotiated when the employee is irrevocably placed on garden leave for the duration of the notice period, often offsetting annual leave entitlements and other owed time off in lieu. For reasons of legal certainty the timing of annual leave should be determined for this period and the crediting of wages earned elsewhere should be expressly agreed for the ensuing period.

A decision of the Hamm LAG dated 13 May 2020 (6 Sa 1940/19), which was recently overturned by the BAG in its judgment dated 23 February 2021 (5 AZR 314/20), shows that even after agreeing a sprinter clause terminating an employment contract does not always run smoothly.

The employer justified discontinuing the payments to the employee referencing the missing information about creditable earnings and referring to the opportunity to take advantage of the sprinter clause. The employee then filed a claim for the full wages.

The Iserlohn Labour Court (Arbeitsgericht, ArbG) upheld the claim for the most part and the Hamm LAG also held for the claimant because the employer had failed to expressly state in the termination agreement that they reserved the right to credit wages earned elsewhere against remuneration owed. The agreed sprinter clause did nothing to alter this situation: it only established a right of the employee to make use of the premature termination of the employment contract but it did not impose any corresponding obligation on him. The LAG further stated that as the employee had been irrevocably placed on garden leave with specific quantification of the remuneration that would continue to be paid and offsetting annual leave and time owed off in lieu without determining the timing thereof, it also cannot be assumed that the parties would have intended by implication other income to be credited.

The Fifth Senate of the BAG overturned the Hamm LAG's judgment with its judgment dated 23 February 2021 and referred the case back to be reheard.
It stated that an express clause on crediting earnings from another job was not required. According to the intent and purpose of the sprinter clause, as well as the interests of the parties which can be inferred from the general context of the agreement, it held that it was sufficiently clear that the intent of the parties was to agree to credit earnings from another job.

The fact that unused annual leave was granted without specifying the timing of it does also not oppose the crediting. The court concluded that where a sprinter clause with a short termination period is agreed it could be assumed that fulfilling the annual leave entitlement would have priority and any remaining days had to be used up first taking into account the mutual interests of the parties. Only by giving annual leave this priority can its recuperation purpose be fulfilled because the parties had obviously anticipated the possibility of ending the employment contract at short notice.

The decision of the BAG is persuasive. It is a text book example of explaining how contracts are to be interpreted – namely not just according to their wording, but particularly as per the intent and purpose of the agreed clauses taking the parties’ interests into account on the basis of the overall circumstances. The interpretation must sufficiently weigh the interests of both parties from the view of a neutral observer. With a sprinter clause, which gives the employee the opportunity to step back from the continuation of the employment contract at short notice, the parties are recognisably pursuing the purpose of enabling employees to quickly start a new job with another company without having to completely relinquish their financial security afforded to them by the notice period.
It obviously does not reflect the intents of both parties that the employee should receive double wages from two employment contracts running parallel. Such interpretation would mean a unilateral advantage for the employee and would reduce the agreed sprinter bonus to absurdity.

The practical significance of the decision is, as before, that the crediting of wages earned elsewhere should be expressly included in the termination agreement, even with sprinter clauses. Although the courts are likely to be guided by the judgment of the BAG in similar disputes. Drafting clear clauses is recommended, however, in order to avoid such disputes. This applies even more in the event of restructuring where, as a rule, numerous employees are involved and a large financial volume can be affected by such clauses.

Downloads
Legal Update: Update from the BAG on sprinter clauses: crediting wages earned else-where even without an express agreement (141.29 KB)