The reasons for the Federal Labor Court‘s decision on the time recording obligation are available - what does this mean for German practice? 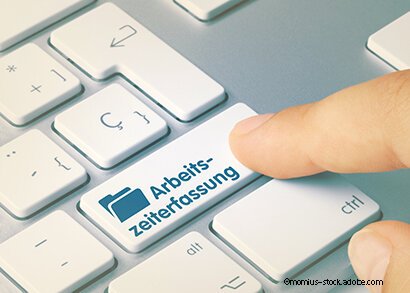 Since the announcement of the decision on the time recording obligation in the employment relationship on September 13, 2022 (1 ABR 22/21), the reasoning of the Federal Labor Court has been awaited. It is now available.

In the decision proceedings, the petitioning works council had asserted a right of initiative to introduce an electronic time recording system on the basis of Section 87 (1) no. 6 of the Works Council Constitution Act (BetrVG). The Federal Labor Court rejected such a right of initiative on the part of the works council because the employer has a legal obligation to record the entire working time of the employees anyway. This obligation results from Section 3, Subsection 2, No. 1, ArbSchG, according to which the employer must create a "suitable organization" for health protection. The recording of working hours is part of this.

The reasons for the decision indicate that a considerable amount of substantiation was required in order to derive an existing legal obligation for employers to record the entire working time of their employees from the provision of Section 3 (2) No. 1 of the German Occupational Health and Safety Act (ArbSchG), which had previously been treated rather neglectfully, by way of an interpretation in conformity with European law. The Federal Labor Court essentially based its decision on the provisions of the European Working Time Directive (2003/88/EC).

Core statements of the decision

In particular, the decision makes the following key statements for practice:

The Federal Labor Court clarifies that it is still incumbent on the legislator to create legally secure regulations, in particular with regard to the scope of application (are executive employees also covered?) and any requirements for the concrete design (electronic or analog?) of time recording.

Downloads
Legal Update: The reasons for the Federal Labor Court‘s decision on the time recording obligation are available (140.79 KB)