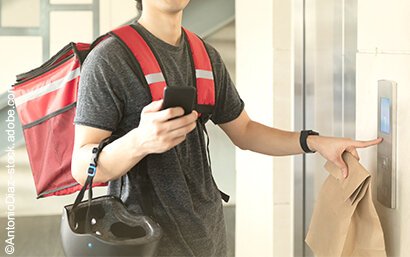 Digital labour platforms offer companies and the self employed the opportunity to offer their services in an easier manner and, to some extent, cross border. Platform work means all services that are procured and/or carried out via web-based platforms. The services, such as delivery services, may be performed locally (gig work) or, such as with translation or IT services, offered and carried out online (cloud working). According to the European Commission, working platforms across Europe will see an increase in workers from the current 25 million to 43 million workers by 2025. Estimates suggest that nine out of ten people working on digital platforms in the EU will be classed as self employed at that time. The Europe Commission estimates that up to 5.5 million people working on digital labour platforms could be at risk of having their employment status incorrectly classified. The employment status of platform workers, known as”crowdworkers”, has been the subject of much discussion over the past few years and the issue has occupied many a court in the European Union (cf. our articles ”Crowdworkers” could also be employees” and “The Gig Economy and Crowdworking as Challenges for Legislation Governing Employment and Social Benefits in Europe?”). In light of this the European Commission proposed a draft directive on 9 December 2021 to improve the working conditions of those who work via digital platforms.

The proposal covers the following points:

Defining the concept of a digital platform

According to the draft directive, platform work takes place when a natural or legal person provides a commercial service and meets the following requirements:

Platforms that merely reproduce available offers for work without this resulting in further participation do not count as digital labour platforms within the meaning of the draft directive.

The question of employment status (self employed or employee) is of considerable relevance to platform operators as well as those who work on these platforms. Being an employee results in benefiting from numerous protective regulations, in particular protection against unfair dismissal, the continued payment of wages in the event of illness, annual leave entitlement and the right to be paid the statutory minimum wage. Furthermore, employees are also subject to the obligation to pay social insurance. In order to achieve greater legal certainty and to protect platform workers the draft directive proposes a legal presumption that a person performing platform work is an employee provided at least two of the five listed criteria are met:

When assessing the criteria this should not come down to individuals but should be assigned to the platforms. The platform operator may be able to refute the legal presumption by providing evidence that there is no employment relationship on the basis of national law.

The draft directive also proposes that algorithms used by platforms for assigning tasks, monitoring, evaluating and making decisions must be designed to be more transparent. The European Commission feels that currently there is a risk that algorithmic management may conceal the existence of subordination characteristic of an employment relationship and control by the digital labour platform on the persons performing the work. The European Commission is also of the opinion that there is the potential for gender bias and discrimination with algorithmic management. The draft directive therefore grants platform workers the right to information which allows them to understand how tasks are assigned and evaluated. Platform workers would also be granted the right to obtain an explanation of decisions taken by algorithm from a real person. They would also have the opportunity to have the decision challenged and rectified.

In the future digital labour platforms would be obligated to declare their activities in the country where the work is performed. In addition, various information would have to be provided to the responsible national authorities. This would allow the national authorities to enforce existing obligations, such as in terms of social insurance contributions.

In future it would also be possible to bring a class action against platform operators.

The European Commission’s draft directive embraces the ongoing digitalisation of the world of work and intends to create uniform rules for platform work across the European Union. It will first be examined and reviewed by the European Parliament and Council. Proper legislative procedure is generally 18 months until implementation. Member states then have two years from this point to implement the directive into national law. However, implementation should be rapid as large parts of the content of the draft bill coincide with a Key Issues Paper published by the Federal Ministry of Labour and Social Affairs (BMAS).