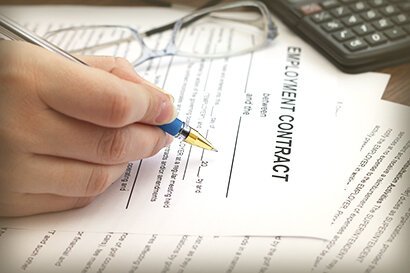 What does the bill seek to change?

What are the practical consequences?

If the draft bill is actually passed it would have wide ranging practical implications.

For example, in the future a company with a total of 100 employees across multiple businesses would only be able to employ two employees on fixed-term contracts without an objective reason. If the allowed percentage of fixed-term contracts was exceeded this would result in each additional fixed-term employment contract without an objective reason coming into force as a permanent contract. This results in legal uncertainty.

Furthermore the fixed-term contract quota will generate a significant amount of extra administration work. In the future employers with multiple businesses would have to bear in mind the number of fixed-term employment contracts without an objective reason that are in place across all their businesses and the individual firms would have to coordinate their staff planning with each other.

The planned legislation bears the hallmark of a long outdated image of the world of work. The draft bill misunderstands how the instrument of fixed-term employment contracts helps people start their career, especially in uncertain times. Discouraging employers in times of crisis, such as now, from recruiting staff by imposing on them the need for permanent planning rather than medium-term planning will lead to companies choosing not to recruit at all. And this really does not serve anyone.
Subscribe to our newsletter to keep up-to-date with this topic and further developments in employment law.