Private Internet use as a reason for extraordinary termination without notice 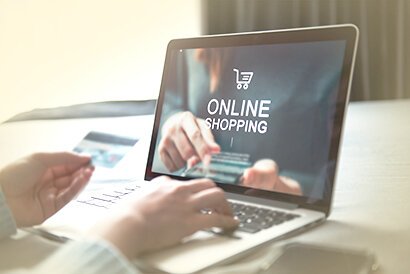 Private smartphones as well as the necessity to provide Internet access in the workplace opens up the possibility for employees to surf the Internet for private purposes during their actual work time. This may become a nuisance for the employer if work contractually owed under the employment contract suffers as a result. In this respect, the Federal Labour Court (Bundesarbeitsgericht, BAG) has previously held that extraordinary termination of an employment contract due to private Internet use is, however, only possible if such Internet use is "excessive”. The BAG has not yet arrived at any findings as to what constitutes “excessive” Internet use.

In a decision dated 7 February 2020 (case no. 4 Sa 329/19) the Cologne Regional Labour Court (Landesarbeitsgericht, LAG) held that private Internet usage may be grounds for extraordinary termination in any case where “working time fraud” (Arbeitszeitbetrug) is warranted, if the employee has regularly surfed the Internet and sent emails for private purposes both continuously over several days and over a period of months. This applies all the more so when the time period between accessing individual URLs is less than one to two minutes, as no work can be carried out in between.

In addition to this determination the ruling of the LAG is above all of particular interest because the court made extensive statements about the obligation to present your case and the burden of proof relating to private Internet use and intensively dealt with the question of the (procedural) usability of private emails on work laptops as well as log files from the corresponding Internet browser.

The claimant, who was employed by his employer, the respondent as a software programmer was contractually obligated to work eight hours a day. The start and finish times as well as break times were not contractually agreed. In a usage agreement supplementing the employment contract it stated that private use of communication methods such as mobile telephones, laptops and PCs was not permitted. The same applied to use of the Internet. It was an uncontested fact that the claimant sent a total of 13 emails to his father on one single day, which had no relevance to his work. In addition, the employer comprehensively set out to what extent the claimant accessed pages on the Internet on individual days. Regarding this the claimant stated that he could not specifically remember accessing Internet sites but he never visited websites when working. Furthermore, the claimant also complained about the “massive breaches” of data protection law.

As stated above, the judgment is not only interesting because it contains statements that working time fraud based on excessive Internet use occurs if pages on the Internet are accessed both continuously over several days and over a period of months, and emails are sent for private purposes.

The judgment is also of particular interest as the court deemed it as sufficient proof of presentation of working time fraud if the employer demonstrates in which time periods the employee visited which pages on the Internet. If the employee does not appropriately counter such a claim and does not detail that and why this Internet usage was not for private purposes but in any case took place outside of working hours, the corresponding data may be used directly as a basis to assess whether this constituted “excessive Internet use”.

The court's statements regarding the usability of the information about the employee's user behaviour obtained by the employer from the employee’s work laptop are of particular importance. It was possible to use this information fully in the proceedings as it had been obtained in compliance with data protection law. The court did not, however, base its argument on the contractually agreed consent, according to which the employer may monitor the data held on work equipment for the purpose of classifying them as private or business-related matters.

Instead, the court relied on the central data protection regulation regarding employees, section 26 (1) of the German Data Protection Act (BDSG). The collection of data was necessary to monitor abuse due to the existing ban on private Internet usage and was thus necessary to carry out the employment contract. Recourse to the data stored during employment was possible as part of the contract termination as this served the employer’s obligation to state their case and provide sound, reasonable evidence [burden of proof] in the dismissal protection proceedings and thus conduced to the termination of the employment contract in terms of section 26 (1) sentence 1 BDSG.

Once again it is evident that the use of the Internet and IT methods of communication should always be regulated. Not just in relation to IT security, but also for cases like this one. In this instance the employer could successfully refer to the corresponding usage data mainly because they had expressly banned private use of the Internet and employees were only allowed to use it for business purposes. Thus the employer could provide evidence of excessive Internet usage in the dismissal protection proceedings and thereby prove working time fraud.