Field representatives paid from the first minute - or after the failure of a works agreement? 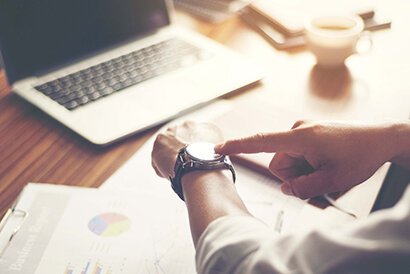 It depends on an employee's contractually owed job activity whether the journey to work is classed as paid working time or so-called transit time travelled by an employee from their home to their work place, for which in principle employees are not entitled to any remuneration. In order to avoid uncertainties, it is common practice to enter into works agreements which definitively answer this question for the contracting parties. However, if there already is a collective agreement that conclusively regulates this question and by which the parties are bound, there is no room for such works agreements. The Fifth Senate of the Federal Labour Court dealt with these issues recently and the Court’s statements in light of the jurisprudence of the First Senate were astonishing.

The decision of the Federal Labour Court dated 18 March 2020

The Fifth Senate of the Federal Labour Court found for the field representative. It made it clear that as a field employee, the Claimant was entitled to be paid for their travel time from their home to their first customer at the beginning of the working day and back home from their last customer. A contractual deviation from this provision is permissible as long as the statutory minimum wage is adhered to. Regulations in works agreements are, however, invalid in this respect as they specify content that comes under the scope of a collective agreement and may only be regulated by a collective agreement.

The underlying circumstances on which the decision is based

The parties were in dispute about paying the Claimant’s travel time. The Claimant is employed by the Respondent as a field service technician. The Respondent is a member of the Employers Association which is responsible for collective agreements for wholesale and export trade in Lower Saxony. These collective agreements apply to the employee-employer relationship between the parties by reason of their reference in the employment contract. As a field technician the Claimant regularly travelled from their home to their first customer and back home from their last customer. In one of the works agreements applicable to the Respondent's employees it states that travel time to the first and travel time from the last client does not count as working time if it does not exceed 20 minutes. In other words: As per the “Working Time Works Agreement” between the parties (“Working Time WA”) 40 minutes is deducted from working time every day. The Respondent does not pay remuneration for these times accordingly. The Claimant objected to this. They requested that the Employer subsequently add 68 hours to their working time account, or alternatively that they were paid their usual remuneration for these hours.

The court's reasoning for its decision

The Fifth Senate of the Federal Employment Court held that travel time of a field service employee constituted payable working time. Field service employees generally work outside the office, so that travelling to the first customer and travelling home from the last customer is already a part of the contractually owed work of a field service employee and therefore must be paid accordingly. The first journey to a customer is not a “private matter” (unlike travelling to the office). Consequently, working time also ends only at their front door. Even though this provision may be deviated from by contractual agreement, in this particular case it was not possible because the matter of appropriate remuneration for work had already been conclusively regulated in the applicable collective agreement. It therefore came under the purview of the regulatory ban of section 77 (3) German Works Council Constitution Act (BetrVG), in accordance with which wages and other terms which are regulated or are usually regulated by a collective agreement may not be part of a works agreement. This was the case with the local works agreement which contained a provision for regulating remuneration. It “encroached” on the area of the applicable collective agreement which, however, did not provide any specifics for field employees. Time and money were regulated in the collective agreement, leaving no room for the local operating partners to manoeuvre. The Fifth Senate of the Federal Employment Court also dismissed the reference to co-determination pursuant to section 87 (1) 10 BetrVG due to the conclusive collective agreement.

This point of view was surprising because of an earlier decision of the First Senate of the Federal Labour Court (judgment dated 10.10.2006 – 1 ABR 59/05, NZA 2007, 523) where the court held that a works agreement which stated that 70 minutes per day was non-payable transit time was not to be understood as regulating remuneration for work but as regulating the amount of standard working hours per week. It therefore was not covered by the regulatory ban of section 77 (3) BetrVG. The rather short and abrupt judgment of the Fifth Senate, which held that the earlier decision of the First Senate dealt with a different works agreement and different collective agreement, is unconvincing. In any case, it does not contribute to legal certainty.

The Federal Labour Court makes us strongly aware of the limits of regulatory power through a works agreement. Legally the decision is completely correct, but in the circumstances the outcome seems to be a little unfair. The parties involved had evidently tried to avoid giving field representatives a privileged status by means of the Working Time WA. While “normal” employees have to travel to work at their own risk, the clock starts ticking for field employees the first minute out of their front door. Therefore, it would be a fair solution if 20 minutes each way were deducted for the journeys.

How can such an outcome be prevented? What drafting options are there? It mainly depends on whether the employer is bound by collective agreements. If yes, it is a matter for the parties involved in collective bargaining to come up with a solution that simulates actual practice -- this was not the case here. The parties involved in collective bargaining should ensure during the negotiations that there are sufficient drafting options for the local parties (saving clauses for works agreements, section 77 (3) sentence 2 BetrVG). In this case the problem was an inflexibly drafted collective agreement.

With all the surprises it remains clear that travel to the first and from the last customer by field employees constitutes payable working hours, provided no other deviating agreements have been made.