Claiming wages or compensation payments during quarantine ordered by the authorities 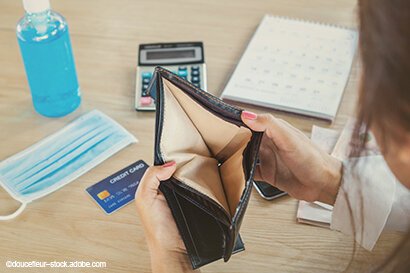 As already discussed in our article dated 15 June 2021, the judgment of the Münster LG dated 15 April 2021 is the first ruling that positioned rights to claim wages and compensation payments during an employee’s quarantine that was ordered by the authorities. Football club SC Paderborn sued the state of North Rhine-Westphalia for reimbursement of compensation payments as per section 56 (1) German Prevention of Infection Law (Infektionsschutzgesetz, IfSG) for a player who was unable to take part in training with the team or play in a match as he had been ordered to quarantine for fourteen days by the authorities. At short notice, it was not possible for SC Paderborn to organise the requirements for training at the player's residence, and with professional players, it would be doubtful that training when working from home would even be considered contractual work as the player has the right to take part in team training. In accordance with the “no-work-no-pay” principle, the player had no right to payment of his wages for the duration of the quarantine. In the opinion of the Münster LG, there was also no entitlement to claim remuneration as per section 616 German Civil Code (Bürgerliches Gesetzbuch, BGB), which states that an employee is not deprived of their claim to remuneration if prevented from performing their work for a relatively trivial period of time. Section 616 BGB only applies when an employee is prevented from performing their work for a few days, which is not the case with a fourteen-day quarantine period. Therefore, the LG took the side of renowned representatives from academia and did not follow the decision of the Federal Supreme Court (Bundesgerichtshof, BGH) from 1978 when the Federal Law on Contagious Diseases (Bundesseuchengesetz) was still in force. This law centred on loss of earnings and, as such, the requirement for the employee to claim compensation in accordance with section 56 (1) IfSG, which is initially to be paid by the employer and then subsequently reimbursed by the responsible authorities.

Change of legal recourse to the Administrative Court (Verwaltungsgericht, VG)

The judgment of the Münster LG could, however, have less importance than was originally expected. For legal disputes between employers and the authorities regarding the reimbursement of compensation claims paid to the employee by the employer as per section 56 IfSG, which were pending in court after 19 November 2020, legal recourse to the ordinary courts is no longer available. According to the new version of section 68 (1) IfSG, the administrative courts are now responsible for hearing these disputes. Two judgments have already been handed down by the administrative courts. The Bayreuth VG followed the same line as the Münster LG, whilst the Koblenz VG dismissed a compensation claim as per section 56 (1) IfSG in the event of an employee's quarantine

The Koblenz VG dismissed a compensation claim as per section 56 (1) IfSG. In the opinion of the Koblenz VG, no loss of earnings occurred due to the right to continued remuneration as per section 616 BGB. Unlike the Münster LG, the Koblenz VG held that a fourteen-day prevention from performing work due to quarantine ordered by the authorities was a relatively trivial period of time. The Koblenz VG made this assessment taking the duration of the employment contract in particular into consideration. When the term of the contract is one year, a prevention from performing work of 14 days is not trivial. There was no loss of earnings in terms of section 56 (1) IfSG, so the employer remained barred from claiming the reimbursement of the remuneration paid to the employee during the quarantine period.

Conversely, the Bayreuth VG ruled quite differently on this issue in a decision handed down only a few days before the decision of the Koblenz VG. The court was of the opinion that a fourteen-day quarantine period was significantly past the threshold for a relatively trivial period of time. It held that section 616 BGB did not apply so that the employer had the right to claim for compensation or for the corresponding reimbursement as per section 56 IfSG based on the loss of earnings. To support its reasoning, the court relied, in particular, on the purpose of section 616 BGB. This is an expression of the fact that an insignificant shortfall of performance should not allow the claim to remuneration to lapse. Such personal circumstances of employees should be tolerated by employers to a certain extent. Because this however deviates from the statutory principle of “no-work-no-pay” (sections 275, 326 (1) sentence 1 BGB) the statute should be narrowly construed. As a result, this means that the continued payment of remuneration as per section 616 BGB merely comes into consideration where an employee is only prevented from performing work for a few days.

In light of the inconsistent jurisprudence, in order to bypass the inevitable disputes with employees and the authorities over whether the employer is liable to continue paying remuneration as per section 616 BGB or the state compensation claim as per section 56 IfSG, employers may, at least for future cases, consider contracting out of section 616 BGB, however, the employer is then dependent on the employee's agreement.

In any case, in order to avoid the uncertainties outlined above, it should always be worth examining whether the employee can, at least temporarily, perform their work from home during quarantine, taking into account the contractual agreements in the employment contract about the place of work as well as the particular nature of the work.